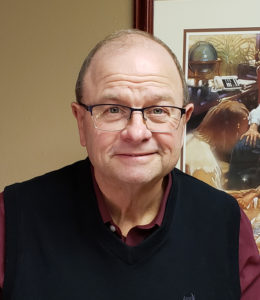 Garvon Golden has served Southern Baptists in the Northern Plains since 1985. Moving From a pastorate in Texas after graduating from Southwestern Baptist Theological Seminary Garvon and his wife Cindy began in Dickinson, ND. and Except for 4 years in Montana their entire ministry has be spent serving churches, associations and the State Conventions in the Dakotas. Garvon is a graduate of Texas A&M at Commerce and has pastored at Bounds Baptist Church in Powderly Texas, FBC Dickinson, ND, FBC Forsyth, Mt. and FBC Williston, ND. In 2000 Garvon was appointed and commissioned as a North American Mission Board Missionary and began serving the churches in the Black Hills of South Dakota, in 2005 he transitioned to State Evangelism Director for the two states and in 2012 was elected Executive Director/Treasurer for the Dakota Baptist Convention. Garvon and Cindy are the parents of 4 Grown children and the proud grandparents of 6 grandchildren with more expected. Garvon and Cindy reside in Rapid City, SD. 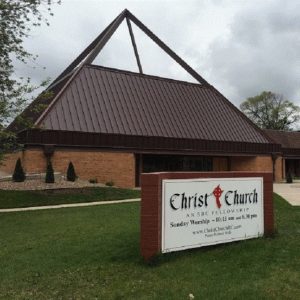 There are approximately 100 churches in the Rapid City metropolitan area—and yet the need for new churches has never been greater. Nationwide, including South Dakota, the unchurched population is growing at twice the rate of population growth. (A commonly accepted definition of “unchurched” is church attendance two times or less a year.) George Barna estimates that the number of unchurched in the U. S. is now approaching 100 million, or about 30% of the entire population (other estimates run as high as 150 million!). According to Gallup, nationwide only about 40% of Americans attend church on a regular basis. South Dakota stands at 45%, just above the national average. The Rapid City MSA has an estimated population of 120,000, which means that approximately 66,000 people in the area seldom or never attend any church.

Even those estimates may be optimistic, however. The latest analysis (2010) by the Association of Statisticians of American Religious Bodies (ASARB) estimates that the total number of “adherents” in Pennington County is 41,612, out of a total population of 101,000. “Adherents” are defined as “full members, their children, and others who regularly attend services.” But the ASARB figure includes all religious bodies, from Baptists to Baha’is. Factoring out non-Christian faith groups and explicitly and avowedly non-evangelical churches (e.g., the UCC), by the most conservative estimate, the number of “adherents” drops to about 36,000—meaning that in Pennington County alone, some 65,000 people, two-thirds of the population, have no meaningful contact with the gospel witness of an evangelical church. That figure does not include (a) more than 7000 Roman Catholic adherents, (b) several thousand more who belong to churches where the gospel is not consistently proclaimed, (c) full members (and thus “adherents”) of religious bodies who do not actually attend on a regular basis, or (d) several thousand more unreached persons in the Rapid City Metropolitan Area.

And even that’s not the worst of it. From a study by Boston University sociologist Alan Wolfe (The Transformation of American Religion [New York: The Free Press, 2003]) comes disturbing insight into the true nature of what passes for Christian faith in America. Wolfe, a self-described agnostic, concludes his study with a word to his “fellow secularists:”

. . . fear not, for on the basis of my studies, I have found that while evangelicals claim to believe in absolute truth and an authoritative Bible which governs all of life, they do not live like they say they believe. They say they believe the Bible is the Word of God, but somehow, strangely, the Bible always says what satisfies their personal psychological and emotional needs. They say they worship an awesome God, but their deity is not one to be feared, because He is pretty much nonjudgmental, always quick to point out your good qualities, and will take whatever He can get in terms of your commitment to Him. He’s “God lite”—not the imposing deity before whom Israel trembled at the foot of Mt. Sinai, but the sort of deity who is always there to give you fresh supplies of upbeat daily therapy. And as for God’s people, well, they are really just like everyone else—no more holy or righteous than the rest of us. Put them in the crucible of character, and they’ll fold like a cheap suit. In sum, democracy is safe from religious zealots, because such people don’t really exist in large numbers. So relax, evangelical Christianity in America is as safe as milk.

Wolfe offers a rather odd personal reflection on this milk-toast religion: “watching sermons reduced to PowerPoint presentations,” he writes, “or listening to one easily forgettable praise song after another makes one long for an evangelical willing to stand up, Luther-like, and proclaim his opposition to the latest survey of evangelical taste.” But Wolfe concludes that evangelicalism is so anxious to “copy the culture of hotel chains and popular music that it loses what religious distinctiveness it once had.”

These words get to the heart of Christ Church, for the founding vision of this Church is to reclaim, recapture, revive that evangelical distinctiveness in this generation. Christ Church will be a Southern Baptist fellowship committed to the restoration of historic Christian faith as the true hope and joy of all persons, cultures, and nations. To adapt the language of Robert Webber, Christ Church aspires to be an “Ancient Future Church.”

• Ancient. By God’s grace we will seek to proclaim the historic, biblical gospel without compromise, teach sound doctrine in depth that leads to maturity and ministry, and worship God in Spirit and in truth according to biblical principles.

• Future. By God’s grace, we will seek to know our culture, to be strategic in our efforts to reach the unchurched and equip Christ-followers to live and serve faithfully in a changing world.

• Church. By God’s grace, we will seek to build up one another in love, practice biblical koinōnia, equip for ministry, engage culture, and live out the mission of God in this region and beyond.

We will strongly support and faithfully serve Christ through our Southern Baptist Convention, even as we work with like-minded Christians in appropriate ways to further the cause of Christ.

Aubrey Malphurs defines the “Core Values” of a church as the “constant, passionate, biblical core beliefs that drive its ministry.” They are the deeply held, enduring convictions that guide any ministry in making decisions, setting goals, resolving conflict, setting priorities, managing resources, building leadership, and more. The ministry’s statement of Core Values should attract interest, instill a sense of common purpose and identity, and communicate well to members and non-members alike. Five Core Values will define Christ Church and drive her ministry. Christ Church is:

(1) BIBLE-ANCHORED. Christ Church will affirm biblical inerrancy as foundational doctrine, but more importantly, Christ Church will seek to cultivate a deep love for the Word of God, conform every aspect of the Church’s life and ministry to the Word, and extend the ministry of the Word to all persons.

(2) CHRIST-CENTERED. Christ Church will seek the Lordship of Christ in all things. We will preach Christ and Him crucified as the one and only hope of salvation. And we will seek to make His Lordship an unavoidable reality throughout this region and beyond.

(3) GRACE-FILLED. In a fallen world, Christ Church aspires to be an oasis of hope, mercy, and love. We will faithfully, consistently, and constantly proclaim the grace of God in Christ as the basis of salvation and of authentic Christian living, and we will seek to practice grace-filled living in every aspect of our individual, family, relational, and congregational life.

(4) PEOPLE-FOCUSED. Christ Church will focus on loving, reaching, teaching, equipping, maturing, and serving people. We will seek to be intentional about meeting needs, sensitive to culture, and open to innovation—seeking to “become all things to all people” in order to proclaim the gospel in its fullness.

(5) MISSION-DRIVEN. Christ died for all that we who live might no longer live for ourselves, but for Him who died and rose again for us (2 Cor. 5.15). Christ Church will seek to cultivate a culture of mission evidenced in a servant attitude, generous giving, global vision, and a passion for declaring the glory of God among the nations.

Christ Church exists to establish the Lordship of Christ in ourselves, in our city, and in our world
through the Word of God,
by the Spirit of God,
for the gladness of God to all people,
for the glory of God to all ages.

I. Become “A Pillar and Buttress of Truth” (1 Tim. 4.15) through a faithful, full-orbed ministry of the Word of God, evidenced by—

II. Reclaim God-centered, Spirit-filled worship as the first priority of the people of God, guided by a clearly articulated biblical philosophy of worship, and including, among other things,

III. Build up the body of Christ in love by practicing biblical koinōnia through ministries of maturity, counsel, equipping, serving, and reconciling, guided by a clearly articulated biblical philosophy of edification, and including, among other things,

IV. Live out the mission of God passionately, sacrificially, personally, locally, and globally, guided by a clearly articulated biblical philosophy of mission, and including, among other things,