Tonight (April 8, 2020) is the Jewish celebration of Passover. What does it have to do with Christianity? Everything!

Passover and Christ’s resurrection were linked up until the Council of Nicaea where the Romish church decided not to rely on the Jewish calculations for the month of Nisan. Even with the difference in calculation, Easter/Resurrection Sunday and Passover fall very close to each other; sometimes they are nearly a month apart. Be that as it may, we’re talking about the Gospel in Passover and not the calendar. 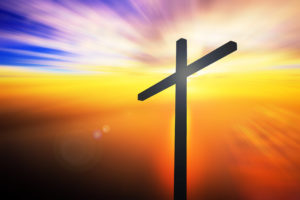 (There are a couple of Passover Haggadot, this is a synthesis.)

Tonight, the children at the Seder ask four questions:

What makes this night different from all [other] nights?
1) On all nights we need not dip even once, on this night we do so twice?
Answer: We dip the vegetable into salt water to represent their tears of slavery in Egypt. When the bitter herbs are dipped in a fruit paste, it is a reminder of the cement used to create the stone blocks used in Egypt. The poor eat dry food, but dipping (moist food) is considered a luxury reserved for free people.

2) On all nights we eat chametz or matzah, and on this night only matzah?
Answer: Unleavened bread is cheap to make. It is a reminder of the food of eaten by slaves and the impoverished. It is also a reminder that bread did not have time to rise (using yeast or “chametz”) in the haste to leave Egypt and gain freedom.

3) On all nights we eat any kind of vegetables, and on this night maror?
Answer: The bitter herbs are a reminder of slavery in Egypt.

4) On all nights we eat sitting upright or reclining, and on this night we all recline?
Answer: Reclining is how free people, like royalty, sit.


And, tonight there are four cups of wine or grape juice:

1) The cup of sanctification. A blessing is said on the first cup of juice to sanctify the night.

2) The second cup is used after the telling of the story of Biblical history from Creation to the Exodus.

3) The third cup is drunk after the meal and the maztah is broken and eaten.

4) The fourth cup is poured for the prophet Elijah and the door of the house is opened so see if he is there.

Thanks for the Passover lesson, but what does that have to do with….
I get it. It seems complicated. Here’s some application.

The four cups represent the four statements of God in Exodus 6:6-7:

I will free you from slavery; I will judge your oppressor, Egypt; I will redeem you with an outstretched arm; I will take you to me as a people.

Friends, Jesus went to the Cross to bear our sins to free us from the bondage of sin. The Messiah’s death, burial and resurrection overcame death so that the believer is no longer under the penalty of judgement and the second death (see I Cor 15). Jesus the Messiah has redeemed believers and the fullness of redemption will be at the marriage supper of the Lamb.

Matthew 26:26-28: 26 Now as they were eating, Jesus took bread, and after blessing it broke it and gave it to the disciples, and said, “Take, eat; this is my body.” 27 And he took a cup, and when he had given thanks he gave it to them, saying, “Drink of it, all of you, 28 for this is my blood of the covenant, which is poured out for many for the forgiveness of sins.”

The Messiah bore our sins, carried the weight of our sin to free all who believe. He was “broken” in the sense that His desire was perfectly aligned with the will of God the Father. The cup could not be passed – it had to happen this way through the third cup of Passover, the cup of redemption.

Jesus says in Gethsemane in Matthew 26:41-43: “Watch and pray that you may not enter into temptation. The spirit indeed is willing, but the flesh is weak.” 42 Again, for the second time, he went away and prayed, “My Father, if this cannot pass unless I drink it, your will be done.” The drinking of the cup of redemption was done in the Upper Room, now the task of redemption through the Cross was at hand.

The fourth cup, poured for Elijah, is when God takes believers as His people. Matthew 26:29, after Jesus drinks the third cup, He says, “29 I tell you I will not drink again of this fruit of the vine until that day when I drink it new with you in my Father’s kingdom.” This will be at the grand celebration of the marriage supper of the Lamb (Rev 19).

Earlier in Matthew 25, we see the parable of the ten virgins. Are you among the wise or the foolish in the parable? Will you be ready when the bridegroom (the Messiah) comes and the the blood of the Lamb will cover your sins and protect you like the blood of the Passover lamb protected the homes of the children of Israel?  Will you be ready to move in haste like the children of Israel did out of Egypt and across the Red Sea?

Like the parable of the ten virgins, we don’t know the hour of the Messiah’s coming, which means we must be ready ahead of time.  Are you?