God Dwells Among Us 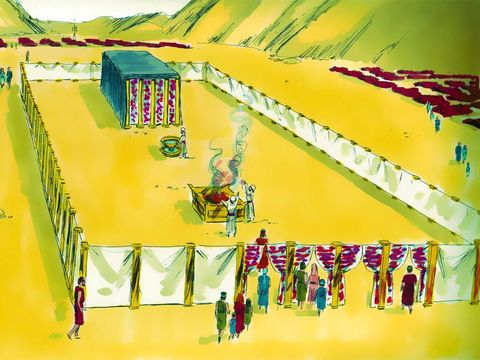 The three previous posts looked at Passover and how it matches up to Good Friday and Easter. Today, we’ll look at one more event tied to Passover.

Just after the children of Israel left Egypt, Moses received the Law from God. Through the Law, God revealed more about Himself than He had ever done before, laying out what He expected from His people. Through the Law they (and we) learn much more about God’s nature just by what the Law requires. And, it was very clear that they were to be holy (set apart from the world for God) for God himself is holy.

One of things the people were to do

The tabernacle was another turning point in history. God was now not just a force from “somewhere out there”. He was now a personal God who dwelt among the people every moment of every day. As the video below points out, now God is not just dwelling among the people – but for every believer, He is dwelling in individuals every moment of every day.