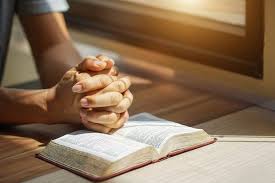 We have all read accounts of hearings before the sentencing of the guilty party where the family of a victim says, even though they want justice for their loved one, they forgive the guilty person.

The world marvels at the depth of the victim’s family ability to forgive. Some doubt they can actually forgive such an unforgivable act.

Hannah was tormented by her rival, Penninah, the second wife of Elkanah. Penninah mocked Hannah for not having children while Penninah had several (perhaps eight). On  the surface, Hannah’s prayer in 1 Samuel 2 appears to be bitter against Pennianah. However, Hannah points out that by the time of this prayer she has had several children but Pennianah (1 Sam 2:5) has already buried some of hers.

Hannah prays in 1 Sam 2:1 that she exalts the Lord and opens her mouth to speak about her enemy Penninah, acknowledging that the Lord knows everyone’s thoughts (v.3) and the deeds of men are counted by Him. Penninah had spoken with pride and arrogance, words counted against her by the Lord.

I want to take revenge against my own Penninah!

Sure, we all want to take revenge for something – or hold on to some bitterness. When we forgive someone we have to move on with our lives and find something new to dwell on. But what does God’s word say about that?

Hannah says that the Lord will judge and make things right; perhaps not in a timeframe we’d like, but He will make it right. In Hannah’s prayer, she acknowledges that God will always break down the wicked and the faithful ones will always be protected (vv. 4-10).

In Matthew 18:21-22, Peter asks: “Lord, how often will my brother sin against me, and I forgive him? As many as seven times?” Jesus said to him, “I do not say to you seven times, but seventy-seven times,” (this could also be translated seventy times seven). First Century teaching in some circles was to forgive three times. Peter bumps it up to seven and the Lord says 77 (or 490) times to drive home the point – forever.

Holding a grudge is a sin, and that forces us to always forgive the trespass no matter what it is. Proverbs 24:15-22, especially 17-20, cuts deep into our heart. You cannot “forgive” and still hold a grudge:

Do not rejoice when your enemy falls,
and let not your heart be glad when he stumbles,
lest the Lord see it and be displeased,
and turn away his anger from him.

Fret not yourself because of evildoers,
and be not envious of the wicked,
for the evil man has no future;
the lamp of the wicked will be put out.

An ancient Jewish writing gives this example of a grudge:
“A person says to his fellow, ‘Lend me an axe,’ and he refuses; and the next day the latter person says, ‘Lend me your garment,’ and he replies, ‘Here it is! I am not like you who declined to lend me what I wanted.’… He who forgoes retaliation, his sins are remitted; when his pardon is asked he grants it.”

In the 1st Century sins were viewed as debts (some translate the Lord’s Prayer with debts/debtors instead of trespasses/trespass). Jesus utilizes a parable about debt (Matt 18:23-35). A servant owes his master (perhaps a king) ten thousand talents – a ridiculously large sum, somewhere around six million days’ wages. The servant could be sold for up to two thousand day’s wages, which would recoup only a little of what was owed. Instead, the master forgives all of the debt.

The servant then goes out and demands a fellow servant pay him about 100 days wages, which he could not, and was thrown in jail. The master finds out about the first servant’s unforgiving ways and tosses him in jail. Holding a grudge against anyone is the same as the first servant jailing the second servant for a debt so small as compared to the master’s forgiveness of a ridiculously huge amount.

Since God’s forgiveness is immeasurable, the depth of our forgiveness must also be immeasurable, even when it seems to be far from humanly possible. We can never make up for the grace God has shown us by forgiving our sins.

Holding a grudge against anyone is the same as the first servant jailing the second servant for a debt so small as compared to the master’s forgiveness of a ridiculously huge amount. The forgiveness we extend to others must come from our heart and it must be absolute.

Can anyone do something so horrible that we cannot forgive them? The answer is a simple, “no”. The hard part is that you have to do it in person. Pray for the Lord’s strength to unconditionally forgive. As Hannah’s prayer shows, if any retribution is required, it is God who will not only determine it, He will do it.

Our duty is to forgive as God has forgiven us through Messiah Jesus. We truly understand the grace extended to us when we plumb the depths of our heart and soul to forgive others of both petty things and the most wretched things.

(All scripture is ESV)